Google recently released the 2022 mobile insight report, which aims to provide game developers with a series of reports to help identify player behavior and provide information for game design. The report includes the data of 23364 respondents from the Asia Pacific region, EMEA (Europe, the Middle East and Africa), North America, Brazil and Mexico. These respondents mainly play games on mobile devices. Among the core motivations for choosing to play mobile games, 56% of the respondents admitted that they were "bored", followed by "have free time" and "need to relax", accounting for 53% respectively. This is also related to the development of super casual games and other types, whose positioning is to provide instant and rapid satisfaction. While 34% of the players said that they found new games through built-in ads, and 37% of the players said that because mobile games are always in the most prominent position in the app store, they want to have a try. Only 21% of the players can find the right time to play with their friends. 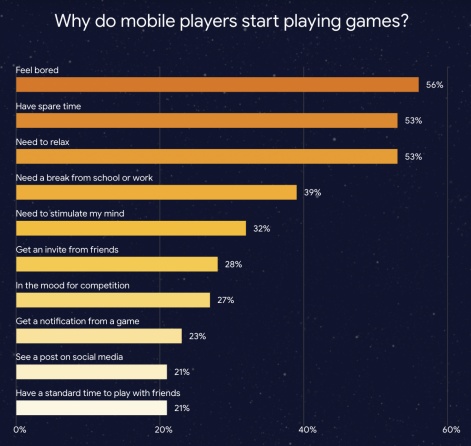 Overall, more players are satisfied with participating in in-game advertising in a positive way, but 35% of the players say that advertising is "ineffective". In terms of the players' attitude towards the future of NFT games, 39% of the players said that it should be realized in the metauniverse, and 30% of the players thought it was vr Games. However, although 32% of the current players participate in cross platform games, they are much less excited about their future potential, and only 15% of the respondents are keen to interact with cross platform game playing methods. It is worth noting that only 16% of the respondents are interested in NFT based games, which is slightly lower than the number of respondents currently playing NFT games (19%). 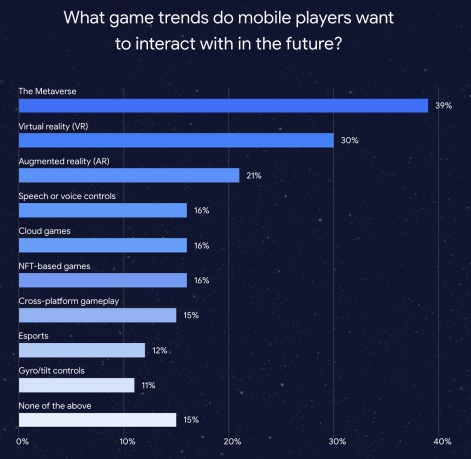 Astronomers Have Discovered That The Mysterious Black Widow Binary Has The Shortest Orbit To Date
« Prev 06-11
It's A Little Bit. The Latest MV "fat Tiger's Dream" Is Online
Next » 06-11

The Third Season Of Mandalorians Is Coming, And It Will Be Officially Launched In February 2023

JD / Pinduoduo Started A Price War For IPhone 13: Both Fell Below 4799